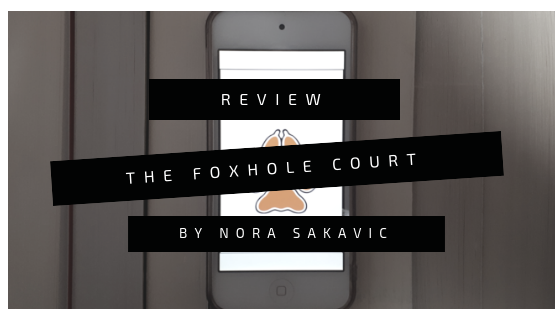 So, it took me a while to be convinced to read this book, even though I’ve seen nothing but praise for it. But, to be fair, it’s an interesting pitch: an American college sports team, the Japanese mafia, explicit torture, murder, mutilation, drugs, and a lacrosse-like game, all described in dramatic detail that puts a soap opera to shame. The narrator is the runaway son of a murderous crime lord. And my favourite thing about this book is that it all sounds ridiculous and over the top and wild, but as you’re reading it it’s so easy to go with the flow, and all of it seems incredibly real.

What I’ve noticed from reading other’s reviews is that the story is very dividing: you either love it or you hate it. Well, you love it, you like it a lot, or you hate it with every fibre of your being. I’m one of the people who loved it.

He is precious. He’s scared and scarred and damaged and on the run and his mind is genuinely blown when someone offers to take care of him. I’m here for his secrets and how his relationships with the other characters are all woven together is messy knots. This book is entirely character driven and that’s what I love to read about.

The writing is addictive

I don’t remember the last time a story captured me as much as this one did. As I mentioned before, it took me a while to pick up this book in the first place, but I couldn’t put it down as soon as I finished the first few pages. I’ve never been a fan of sports, let alone books about sports, and I still loved this one to death. Most of the exy scenes were short and had more of a focus on the characters interacting rather than playing, so the attention is on them rather than the sport.

I saw someone mention this in an old review, but this book reads like a fanfiction: not in a Your Name / poor grammar / bad plot kind of way, but like how I used to read some of my favourite fanfictions in the past with joyful and ravenous intent until the early hours of the morning. It gave me a feeling I used to get where I was left staring at my phone screen wondering if the author had someone portrayed truer versions of the characters than their actual creator.

One thing I found with this book is that it lacks the polish and consistency that would come with a professional editor. I know the series was self-published, but the presence of an editor is entirely speculation, so don’t hold me to anything. There’s some cheesy dialogue that I can’t imagine anyone saying in real life, names mentioned too much in some sections and not enough in others, and leaps between events that left me confused. However, this doesn’t affect the book as a whole in an overly negative way, it’s mainly just me being a little nit-picky.