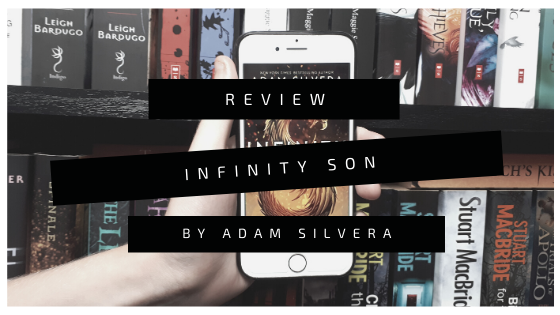 I haven’t stopped thinking about ‘They Both Die at the End’ since I read it so another Silvera book was at the top of my TBR, and I was lucky enough to receive an eARC from NetGalley in exchange for an honest review.

The first few chapters were rocky, and it went downhill just as I started to get into it. The plot was okay. I liked the idea of phoenixes and reincarnation, and the emphasis on magical creatures in general. I liked that there was a huge amount of hype around this book and some readers said it gave them tears and heartache. I liked the co-dependant disaster sibling relationship. I liked the reluctant chosen one vibe, even though I think it’s becoming a bit overdone. I liked that this is the kind of book that a version of myself from five years ago would’ve loved. However, it’s not the kind of book that the current version of myself loves.

The world building… is lacking. I was thrown into a new world without any information and couldn’t make any of the pieces fit together. There’s a mention of the Blackout – something which is supposed to be an important event in the past – but the description is so minimal that I thought I missed something. All the text says about it is that it was ‘the worst attack New York has seen in my lifetime’, which makes it sound nowhere near as terrible as it must’ve been.

I’m still not sure about the importance or the difference between spectres/blood casters/spell walkers/celestials, and there’s limited mention on the history of magical creatures. As phoenixes are meant to be a focus point in this book, I was expecting to know more about them. And I know that I’m writing this review a few months after I read the book, but I don’t remember if there was anything genuinely scary about the villain. Her personality was basically ‘be evil’ and ‘always two steps ahead’.

I saw this mentioned in someone else’s review, but this book reads more like a contemporary set in a fantasy world.

Brighton is the only one I remember anything about and he’s not even the main brother or even a character I like. He’s reckless and endangers his friends and family for the sake of YouTube views, but the book tries to force the reader to feel sorry for him most of the time.

All of the other characters felt like extremely underdeveloped replicas of him with personalities replaced with one or two qualities. Their introductions are not given the time they deserve and instead they just form together into a faceless cast. There are so many named characters. Many of them are unnecessary and could be cut or condensed into another existing character, and there’s also so many unnecessary perspectives.

One of the things this book does right is a cast of diverse characters from a lot of different backgrounds but ‘gay’ shouldn’t have to be their only sign of personality.

I don’t usually mind clichés and tropes as they usually work well, but here there is nothing new or different added to the trope to make the story more interesting. It’s hard to give any examples without forcing spoilers down your throat, but I’ve seen someone else describe it as a ‘stereotypical rip off Harry Potter fantasy’, and I mostly agree with that.

However, I’m so genuinely happy that an urban fantasy book with a gay main character written by a gay author has received such hype. I’m also happy about the diversity and representation in the book: there’s a lot of queer characters and people of colour. It also touches on body image, something which I believe is an important topic for Silvera.

Overall, I know that this review comes of very negative, but it’s because I was expecting so much more from it, and I think it had the potential to be something incredible.

One thought on “Infinity Son by Adam Silvera [REVIEW]”