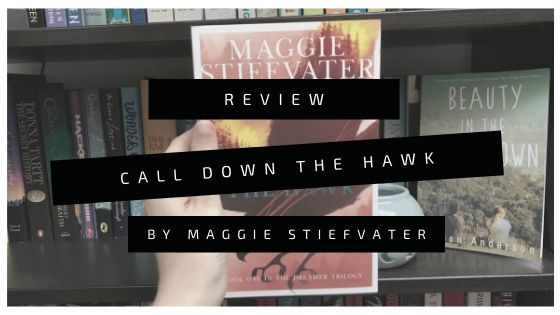 This book was once of my most anticipated books of 2019 and it has been a full twelve months since release date, so this review is a bit overdue.

Ronan was always my favourite Raven Boy, so this is the trilogy I’ve been waiting for since I finished reading the original series, even though I wasn’t sure what it could be about as I felt everything between the brothers had already been said.

Ronan Lynch is a dreamer of both curiosities and catastrophes. The dreams are my favourite part of this book and I am in constant awe of Stiefvater’s ability to capture those abstract moments between sleeping and awake with solid words. She’s always had such a dreamlike quality to her writing, but this book made me feel like I was inside those dreams, even if I couldn’t quite grasp what they all meant.

Jordan Hennessey is a thief first and a dreamer who doesn’t want to dream second. In my opinion, she is the best addition to this world and I adore her and can’t wait to read more. Her storyline ties in the most with Declan and also brings a lot of art into this book, something which I love. The Raven Cycle was all cars and dead Welsh kings, while this one is sibling love and the end of the world and forging paintings. I love it.

Carmen Farooq-Lane is a hunter. She’s seen the damage that dreamers want to do and I think her aim is to kill them before they can destroy the world. But, honestly, I know very little about her other than what’s stated in the blurb. I think I skipped over most of her chapters as I felt very disconnected from her character and her storyline and was mostly just overwhelmed with too many new characters that were too bland to capture my attention. However, even after not reading what could’ve been a third of the book, I didn’t feel like I was missing anything. Carmen’s storyline was so separate from the others until the final few chapters.

I think I’d rate this book more as a 3.5 star read rather than a full 4 stars. The prose is beautiful and some of the characters are incredible, but I had some issues with the plot and didn’t feel as if there was a clear end goal, which does make sense as this is the first of three books. It also lacks some of the chemistry and consistently brilliant characters that made the original series so wonderful. It’s possible to read this without having read The Raven Cycle, but you might be robbing yourself of part of the experience and a lot of references as summaries can only do so much.